Tonnes of unsold clothing from charities in Australia ends up being exported to countries like Ghana, in West Africa.

The Year 8 students have been learning about this issue, which is so important it deserves to have the awareness raised as far and wide as possible....

Have you ever thought about what happens to your old clothes after you drop them off at the op shop?

Now is the time, because these goodwill gestures are fueling an environmental catastrophe on the other side of the world.

Tonnes of unsold clothing from charities in Australia ends up being exported to countries like Ghana, in West Africa. Ship after ship docks every week with bales from Europe, the US, China and Australia.

Once they arrive in Ghana, they’re taken to the bustling Kantamanto markets in the capital Accra and from here, they make their way to villages and towns across the country.

While 60 per cent of imported fashion items are reused and resold, 40 per cent become rubbish, creating an environmental catastrophe for this poor nation.

With the main dumpsite for textile waste now full, unregulated dumpsites ring the city. These fetid clothes mountains are often set on fire, filling the skies with acrid smoke.

The dumped textiles also get swept up in the monsoonal rains and end up choking the city’s waterways and beaches, posing a danger to fishermen and aquatic life.

Liz Ricketts, who runs an NGO campaigning for awareness of Ghana's textile waste crisis, lays the blame at the feet of international fashion houses.

"Waste is a part of the business model of fashion. A lot of brands overproduce by up to 40 per cent," says Ricketts.

Ghanan local Noi begs the people who donate their clothes to think twice about where they end up.

"If they come here, like you've come, and you see the practicality for yourself, then they will know that, no, we better take care of these things within our country and not to ship that problem to cause problems to other people."

The dark side of the world’s fashion addiction. Many of our old clothes, donated to charities, end up in rotting textile mountains in West Africa. This is a story about how our waste is creating ... 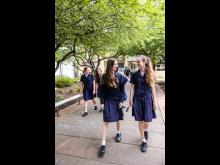 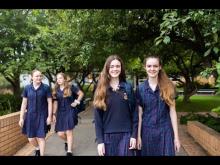 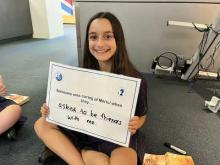