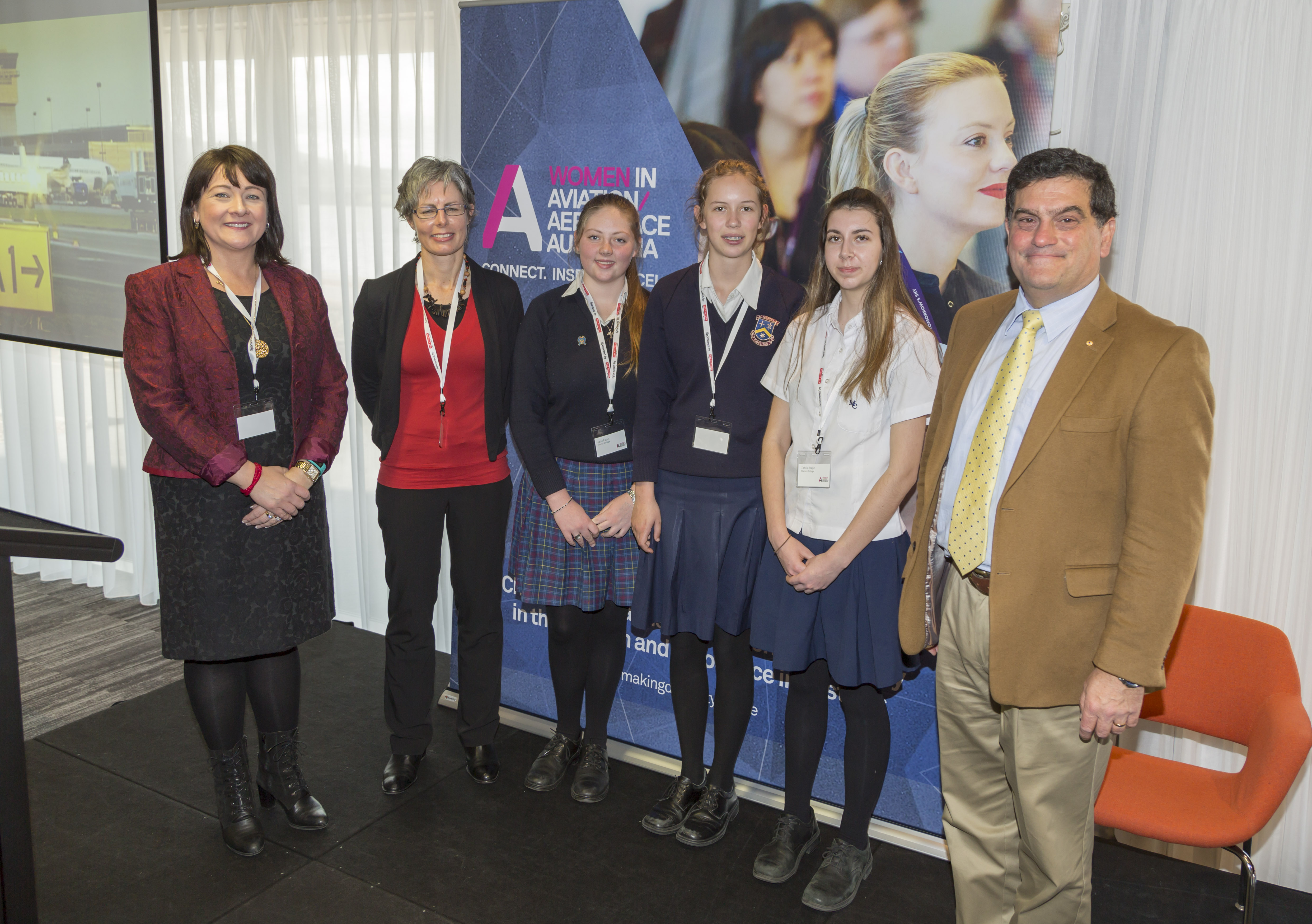 Since 2016, Merici has offered an Engineering Technology elective to our Year 9 and 10 students.  The 2017 cohort are currently studying water, energy and humanitarian engineering, and as part of this module we are collaborating with the international engineering consultancy SMEC to design a task based on the Snowy 2.0 feasibility study commissioned by the federal government.

Next year the Engineering elective will take a new step, launching a module that we have designed under the theme of aerospace and mechatronic engineering. For this we have the support of the industry body Aviation/Aerospace Australia through its director Linda Spurr, who is offering her expertise and contacts to help us produce an exciting and challenging course with real-world connections.

On Thursday 17 August 2017, I and three students attended the Women in Aviation/Aerospace Australia summit at the National Museum. The students were Tahlia Rajic and Anna Carstens (Year 11), and Jade Esler (Year 10), and their places were sponsored by Lockheed Martin.  Tahlia and Anna were part of Merici’s engineering elective in 2016 and are now looking ahead to STEM-based careers.  Jade qualified for her recreational pilot’s licence this year at age 16, and is planning a career in aviation.

The thrust of the summit was to share and discuss existing and future initiatives to encourage greater gender diversity in aviation and aerospace engineering, and – though there is still a way to go – it was exciting to hear the progress that is being made on this front.

It was also repeatedly emphasised that it is a myth that there are no jobs in these areas, and that women who like STEM are strongly encouraged to plan their careers in the industry.

The summit gave us the chance to hear talks from leaders in industry, government and the airforce and to make connections with a variety of people. There was significant interest from other attendees in the Merici students and in our engineering course, and we were able to make some valuable contacts.  We are looking forward to an exciting future at Merici for STEM in general and the Engineering elective in particular.

Check out what's on and upcoming at Merici
Event
Tweet